1) First question. How is playin' together after all this time?

A: It's great fun and feels like we never stopped, Just like the old days...The VENOM spirit in our heart and our musical performance..it feels perfect.

2) There are musical difference between Venom and Venom inc?

A: I guess there is of course. Musically I think we are more like the original style with a little natural progression, that comes with doing it for so long, throw in. Our spirit is of the first days of the band. We embrace the legacy and the fans that love it, while displaying the legacy to new fans who were not able to see it live at the time. The other band it seems do not think fans want that and only want their new sound. That's cool..this way you get both if you like. I heard in interview and on youtube Conrad say fans do not like Black Metal and Welcome to Hell any more and prefer his new albums. I do not agree with that completely but if he feels that way it is his right. I prefer to listen to the fans and give them everything we can.

3) In your long and great carreer, there is a moment in particular that you'd like to share th us?

A: There are many, as it is close to 40 years but meeting so many bands and becoming friends with people now considered legends with great music behind them is always an honour. Great tours and countries and fans all over the world has been a joy. Discovering new bands and music in the rich underground always has given me pleasure and then to see some bands rise to great heights from that? Amazing. I have always been underground myself and championed the cause. I never just say it and pretend to look cool, I actually do it..Talk is cheap and many talk but don't walk. Fake is fake, Be real always. Highlights...? Every show I have ever done. The list of bands is too big to say all but just an amazing journey for sure.

A: Well everyone feels that honour to be classified as THE pioneers. I think Venom broke the corporate wall and allows others to flow through. They led the way.. That is not to say the other bands were not there but only that no one knew until Venom rose up on recordings. Do we feel like pioneers? Not really and always when told that you feel quite humbled. To see what happened after the first releases and what exploded and how the genres created so many amazing bands and musical style from that one Big bang?? Brilliant...I guess someone living in New York or LA knows the city and what can be achieved and yet thinks there is no connection truly...but...if it were not for the early pioneers in wagons who fought and died making a trail to that continent...those cities would not be those cities...that country would look very different. So if we think in that way...then Pioneers I think perhaps yes we were...as we are still here, it doesn't feel that way day to day but...when you stop and think back, it is quite amazing

5) Venom, at the beginnin where associated to a "satanic world", what do you think about?

A: They chose that Iconography because out was sacred and by defacing the religion it shocked everyone which was exactly what was needed to gain notoriety,,,It was dark, fobbing and scary back then. Not so much now...as everyone just over used the ideas but...it had the impact the band looked for...Everyone was well read on the subject but no one followed satanism...I because part of a satanic church and now follow an ideology based on Luciferianism but I am the only one.

6) Considering that you inspire most of all black metal bands, i wanted to ask: what means black metal to you?

A:Black Metal was and is the sound of Venom Inc's Music and Venom. That's where it ends..The Black Metal sound of the genre is something completely different.So What does Black Metal mean to us? It is our sound, how we described then in '82 and how we describe us now in 2017. You mustn't get the two confused as many do it appears.

7) I don't wanted to ask, but our readers want to know about it of course. How thing are going without Cronos?

A: He hates us. His focus is on telling people to hate us. In interviews, youtube, onstage even lol. He has in his riders no past Venom members are allowed or family members (he hates his brother too!), all a little crazy. Personally, I don't listen or care. For me it is about the music and the fans who want to hear it. It isn't his decision what people hear. I prefer to let him do what he wants and not concern myself. This band is not about him it is about music and fans and that is it. The other guys are not fans of him as a person and he does not like them either...so...no one has contact. WE do our own thing regardless and don't think about it. He seems to not be able to think about anything else but Venom Inc..I just feel they should focus on the musical output and doing as many shows for fans as possible. Stop talking shit and lying and focus and that only. To keep talking bad and doing as little shows as possible while re releasing albums every 5 minutes, shows contempt for the very fans you are trying to convince...All slightly insane of you ask me...

8) Right now, which are your projects?

A: Right now...well Venom Inc of course and Myself and Mantas still have M:PIRE of EVIL and will complete the new album over Christmas fr a summer release 2018. Mantas is working on his Dryll project and I am doing some Atomkraft things too but all come after Venom Inc right now as we must focus on the new album and the world tour starting in September

9) If you have to advice a song to someone who doesn't know you ( i honestly doubt it), which song you will advice for lettin know your music?

A: it would be something off the new album..Perhaps Metal We Bleed and Blood Stained Earth....form old? Atomkraft - Total Metal..Venom...Blackened Are the Priests and Carnivorous...or classic..Countess Bathory and Sons of Satan

10) Do you know the italian music scene? If you know it, what do you think about it?

A: Very well, I know Italy, it is like my second home..lol..I have Italian cities form tours tattooed on my skin, from Foggia to Milano, Roma to Genoa...Bands? Many are good friends...AC Wild and Bulldozer Nercodeath (Necrodetta) ,Ultra Violence, Extrema, Helligators, Mortuary Drape, Death SS and Steve...Mugshots...on and on and on...lol...I think it is rich and amazing and so many great great bands....and people...long may it continue...It's just a shame it doesn't get enough support and there are not so many great promoters but they are there and are some great clubs but it is difficult for bands there I know..But we must simply never give up and change it together..

Thank you for you time, a quick hello to the followers of Poisoned Rock Webzine.

A;Thankyou for the great question sea the time to speak. I'd like to say Hail to all the followers of the great Poisoned Rock Webzine and thank you all for the support over many years of us all. Hope to see you soon and Kept It real..AVE!

Thanks to Venom Inc. for this interview! 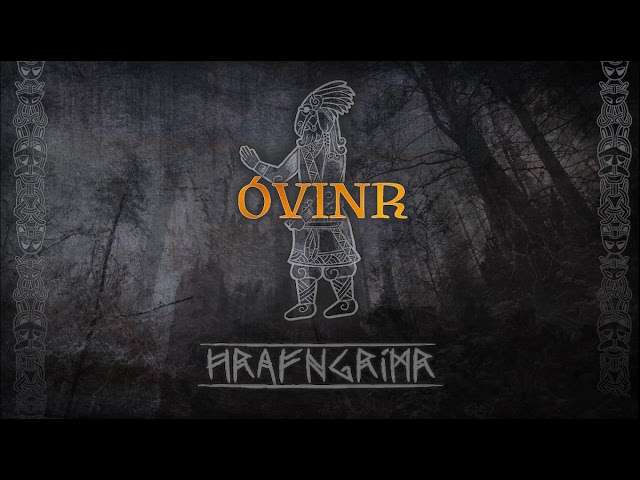 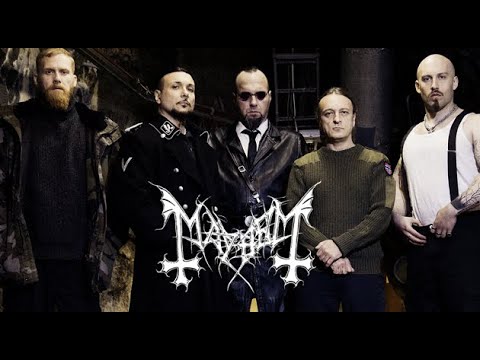 Interview with Attila Csihar from MAYHEM 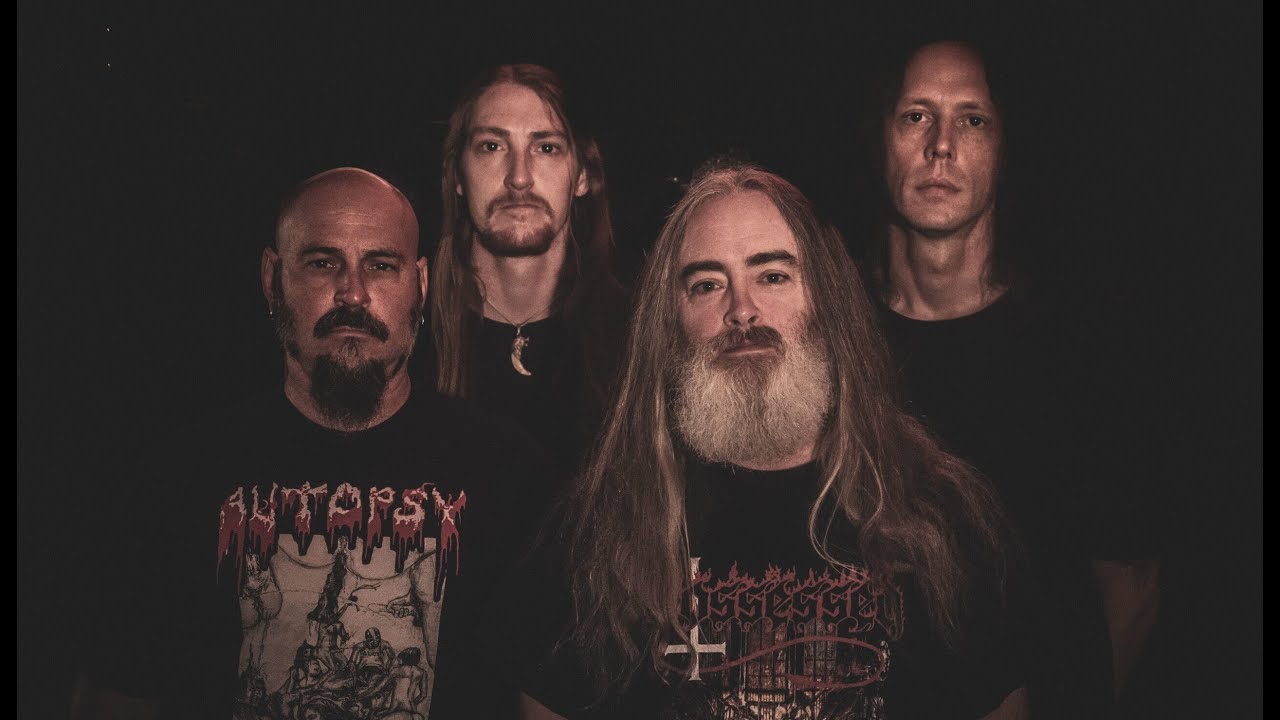 Interview with John McEntee from INCANTATION 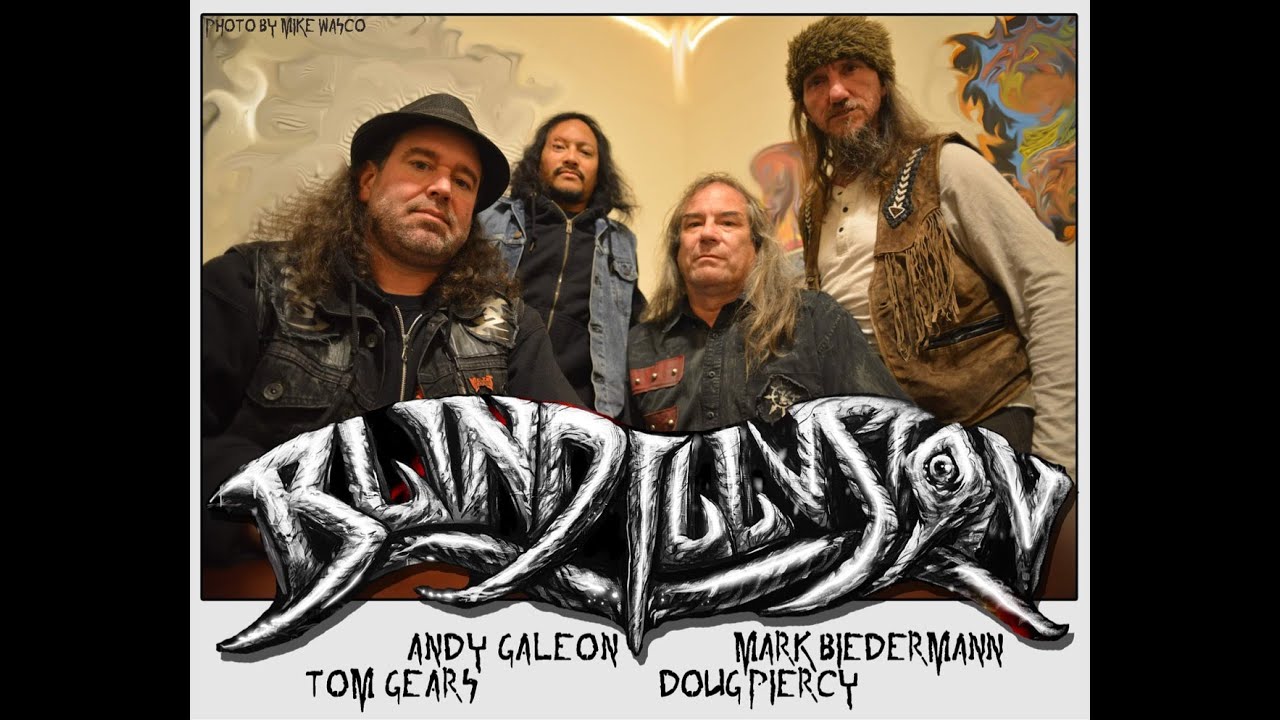 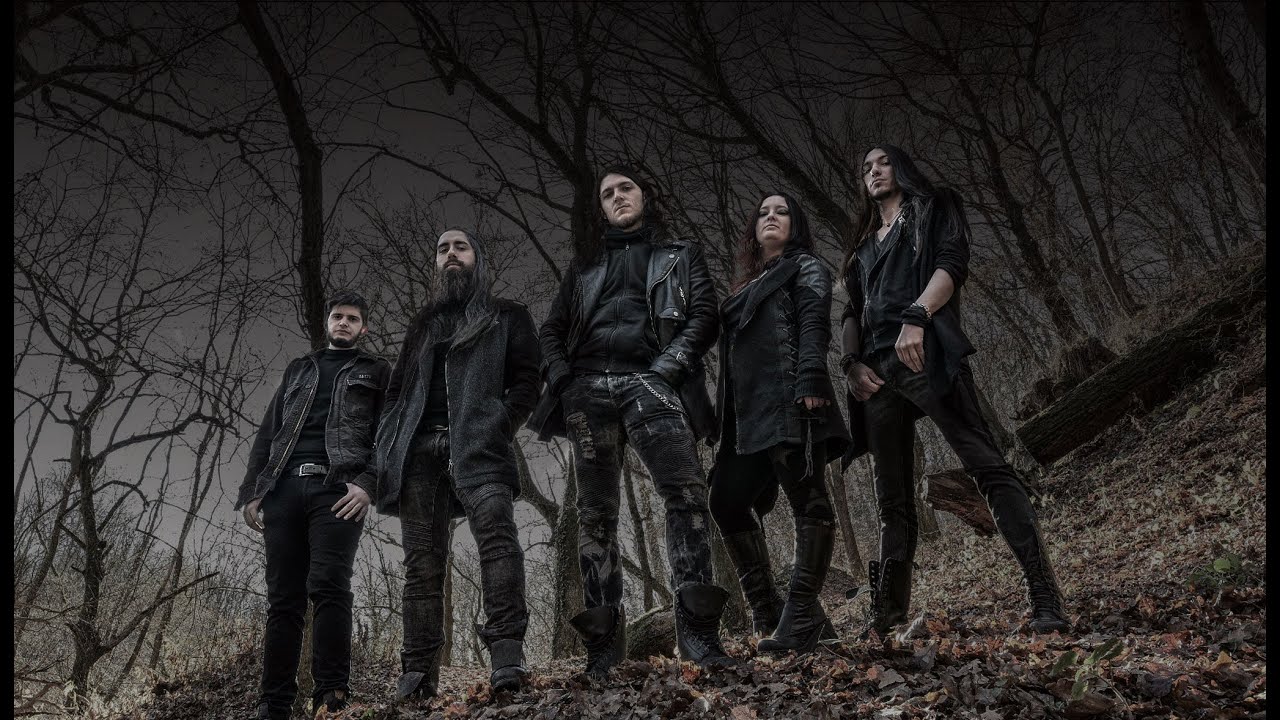 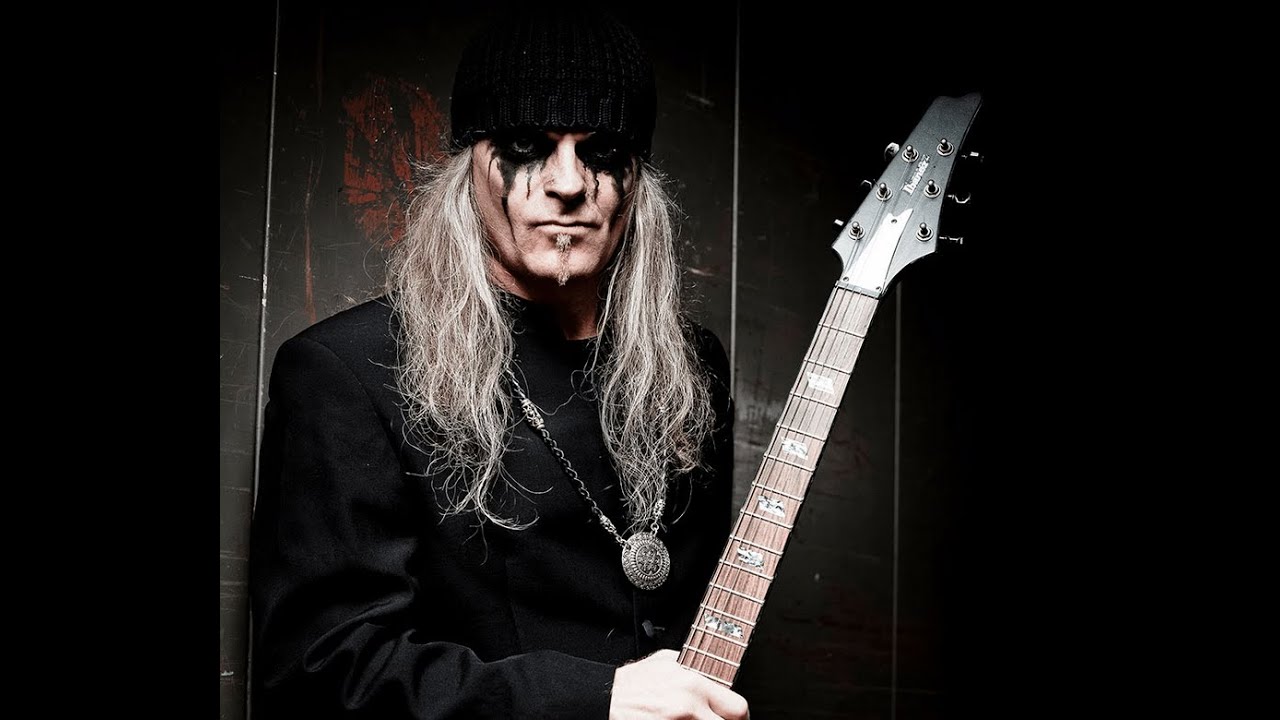 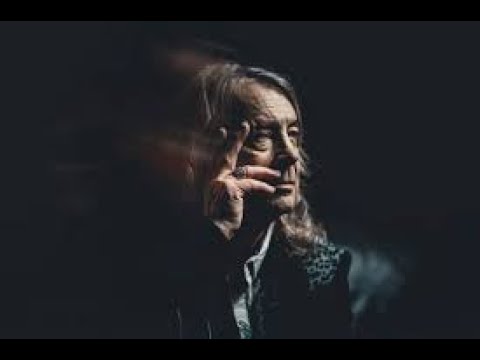 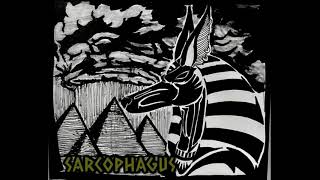 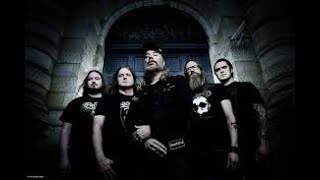 Interview with At The Gates 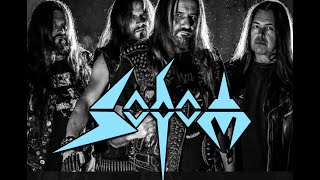